Daniel Kleinman is recognised as one of advertising’s most established directors.  Over his long-spanning career Danny has won the top awards for his advertising work at Cannes, D&AD, the New York One Show, British Arrows, Clio, Creative Circle, Midsummer Awards and many others. The Gunn Report acknowledged him as the Most Awarded Director in the world, he has received the President’s Award from Creative Circle and the Chairman’s Award at the British Arrows. He’s also topped the Campaign, Shots and Televisual’s lists of hottest directors and in Ad week, was voted US Commercial Director of the decade.  Danny’s production company Rattling Stick, which he founded in 2006, together with Ringan Ledwidge and Johnnie Frankel, has been consistently awarded over the years.  As well as the multitude of individual awards won by Rattling Stick directors, the company itself was voted number 1 Production Company in the Televisual Peer Polls for 6 consecutive years, Production Company of the Year at the British Arrows 4 times, Most Awarded Production Company in the UK and 3rd Most Awarded Production Company in the World for 2 years running in The Gunn Report.

After Hornsey Art School, Daniel went on to work as an illustrator, collaborating on storyboards with directors working in the emerging music video industry leading to his first music video in 1983.  Daniel pioneered the use of post-production special effects in the hundreds of music videos he directed in the 80s, winning numerous awards for his work with artists such as ZZ Top, Fleetwood Mac, Prince and Madonna.

From the 90s Daniel has concentrated on advertising. He has not only created ads with complex VFX for clients such as Guinness, X-Box, Chrysler, Johnnie Walker, Sony and Audi.  Additionally his equal ability to direct comedy and dialogue has led to work for Boddingtons, Super Noodles, Durex and John West Salmon, with his timeless ‘Bear Fight’ commercial frequently appearing on funniest advert lists even now, more than 20 years later.  He is still perhaps best known for directing such classics as the John Smith’s campaign with comedian Peter Kay, the affecting NSPCC ‘Ventriloquist’ and ‘noitulovE’ for Guinness; an ad which has often been described as one of the best ever made. The 2006 edition of the Gunn Report revealed it had received more awards that year than any other campaign worldwide, including the coveted Cannes Lions Film Grand Prix and during it’s televised period helped Guinness achieve its highest volume and value shares to date.

Daniel took over the mantle of James Bond titles designer from Maurice Binder, creating the iconic title sequences for 8 of the last 9 blockbusters – including ‘Die Another Day’, ‘Casino Royale’, ‘Skyfall’, ‘Spectre’ and most recently ‘No Time To Die’.  Daniel has also directed several TV drama and comedies; notably Harry Enfield and Paul Whitehouse’s “Smashie & Nicey – The End Of An Era”, which was BAFTA nominated and won the Rose at Montreux, as well as a brand new BBC special that is currently in post-production, again with the popular comic double act, which is scheduled to air later this year.

Daniel’s most recent clients include Asda, Shell, EE, Dell, Kellogg’s and Pepsi.  In his spare time he likes to play the ukulele and tend to his garden. 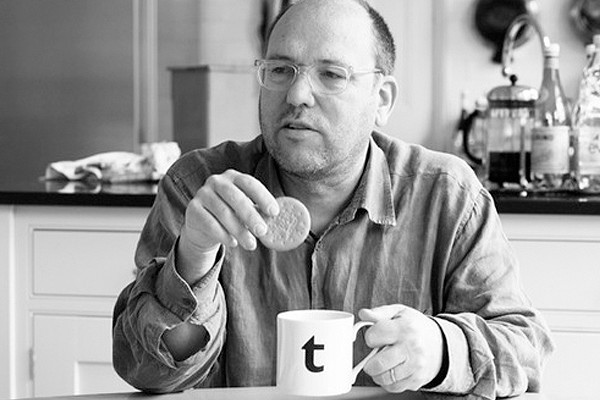