1.
“I started doing topiary a few years ago, I like sculpture and I like gardening, topiary is both, you have to be cognisant of the form of each plant, Box in this case. I try and create shapes that fit with each other and the rest of the garden or landscape around them. The good thing is that if you go wrong, unlike stone, it grows back again next year, it is quite a physical annual task there are over 100 plants that need doing. But it gave me an excuse to buy some shears from Japan. When the demand for Samurai swords dried up the very skilled blacksmith sword makers turned their hands to topiary secateurs and shears, mine are hand made with bamboo shafts superbly balanced and finger loosing sharp. Having the right tool is like choosing the right lens.” 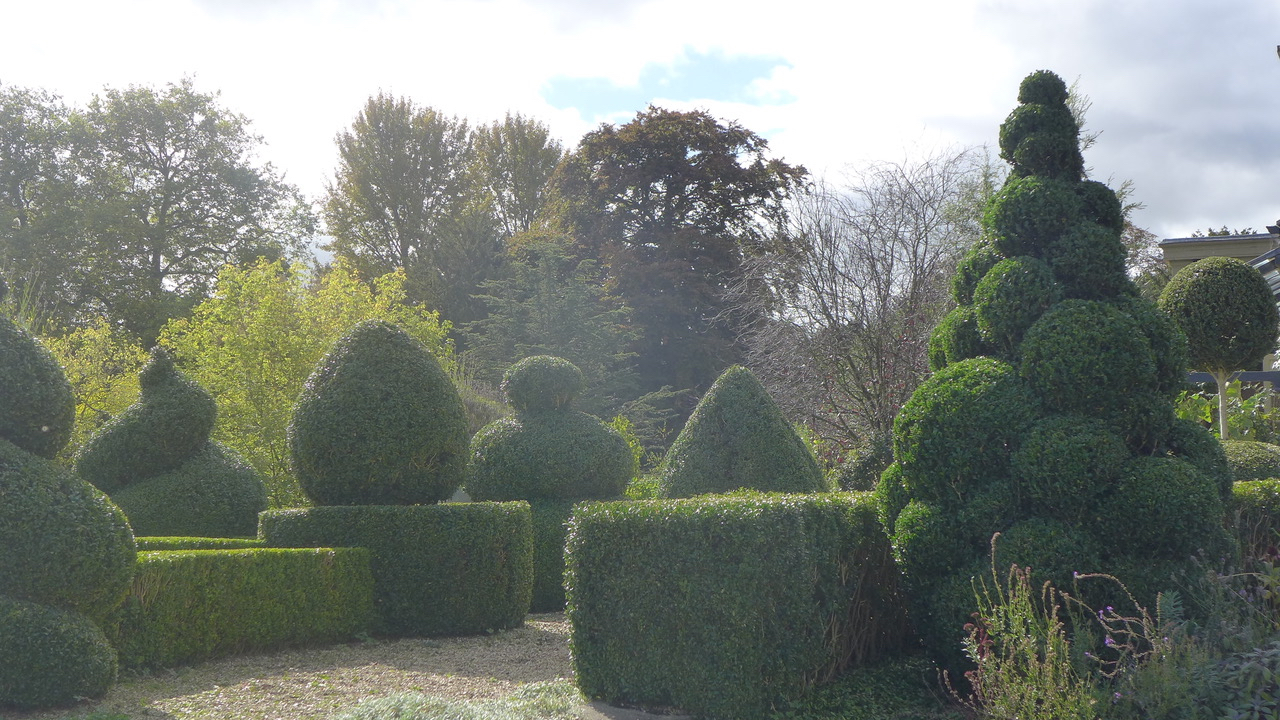 2.
“Perhaps because I didn’t want to add any more work to the tyranny of the topiary I started doing it in miniature with different cactus forms. The variety of shapes and spines is rather extraordinary, I find them very sculptural, trouble is that now I’m really interested in the taxonomy and am in danger of becoming a cactus nerd. For instance in this picture is a specimen of Mammillaria Huitzilopochtlii V.Cuicatlanensis F.Multispina, (second from left) it’s very rare from the Tomellin Canyon in Oaxaca, Mexico it’s seed was collected legally in the wild by the botanist Thomas Linzen. The one at the front is Gymnocalycium armatum from Argentina, second from the top is Sulcorebutia horacekii only recently described from Bolivia.” 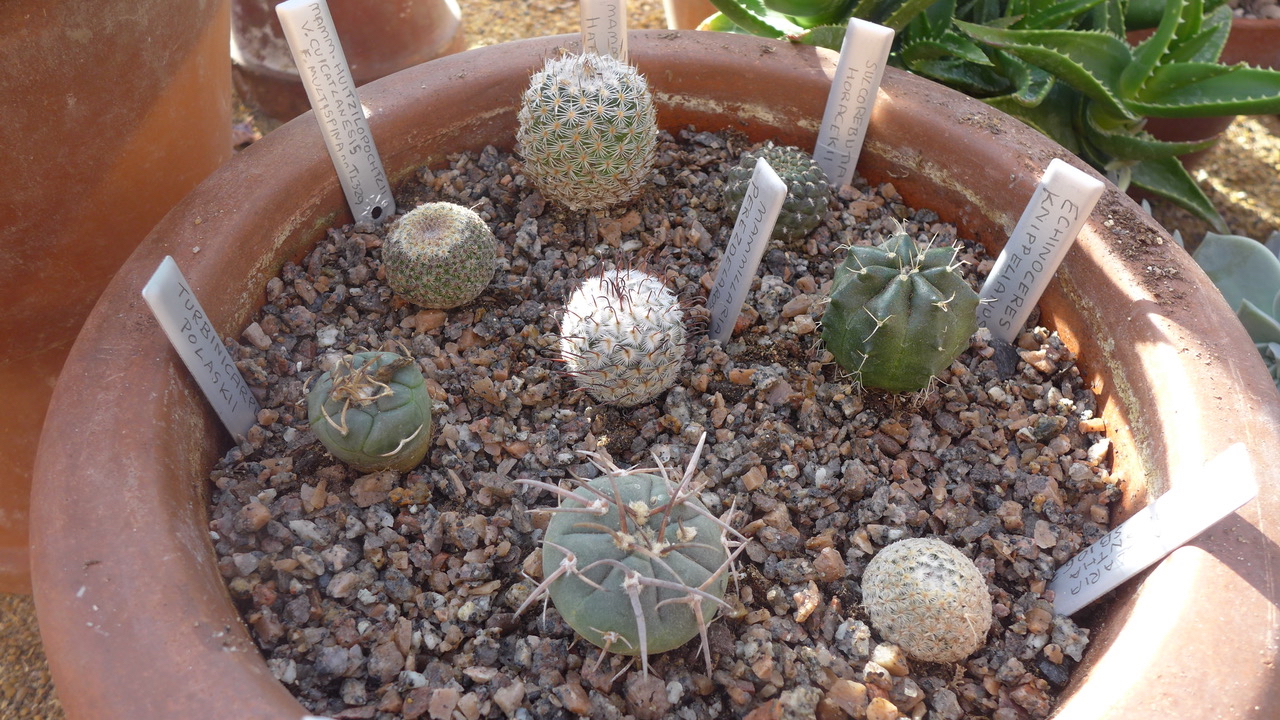 3.
“I particularly like the small slow growing ones but I’ve some larger specimens as well, standing like Giacometti sculptures. Some are Euphorbias, which look like cactus but aren’t, the similarity is a result of convergent evolution. If you don’t have areoles and exude a sticky white substance then you are either a man or a Euphorbia not a cactus.” 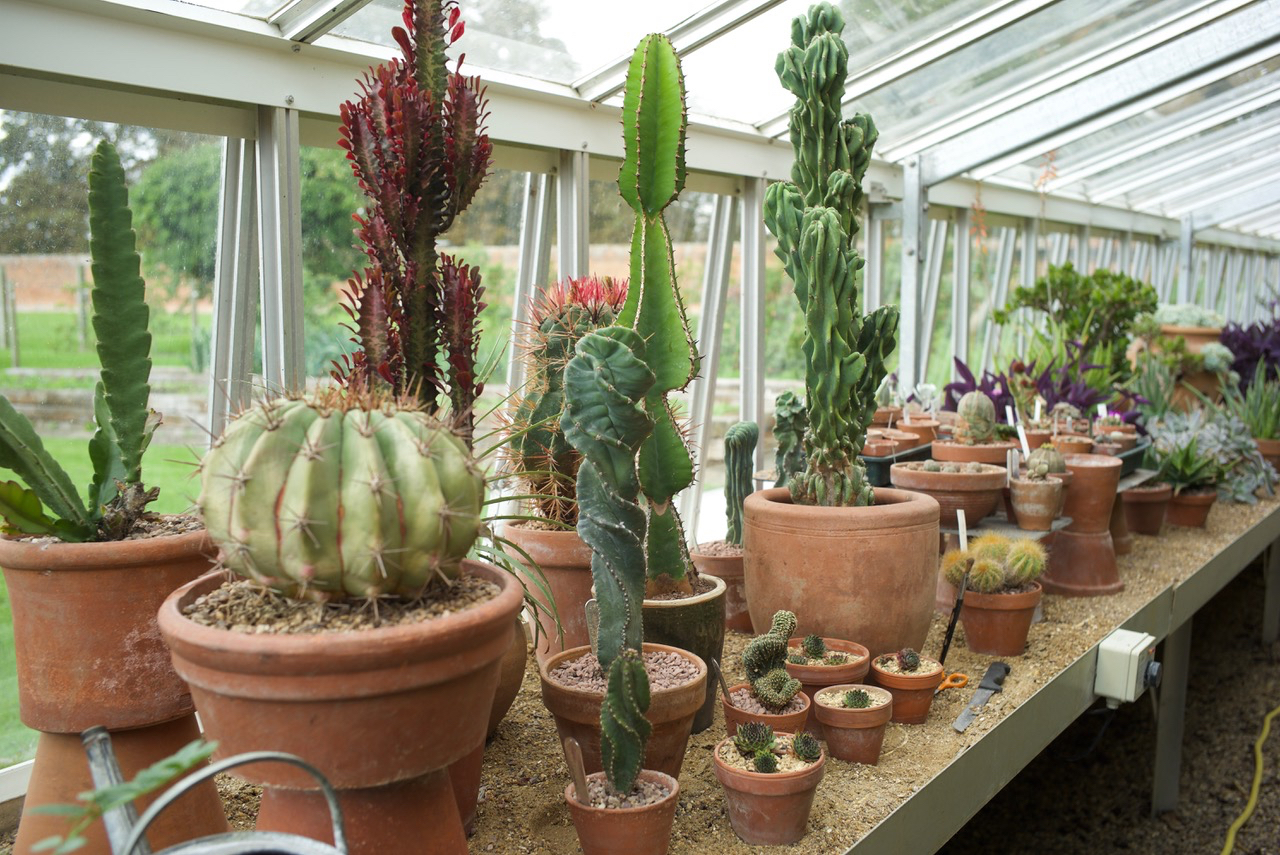 4.
“I’m also interested in Lithops, a fascinating succulent from South Africa. The plants are very small, they are mostly made of two semi fused leaves. In the wild only the top surface of the leaf is visible and the plant photosynthesises via slightly transparent windows on top, basically it’s hiding from a kind of marauding cricket that eats them and other grazing animals in their desert-like habitat. The surface of the different types of Lithops have many varied patterns that have evolved to mimic the look of the particular stones and minerals in their particular area. This one is L. Dorothea, they split open every year and produce a big bright flower, the 2 halves shrivel away and a new pair of leaves is revealed beneath.” 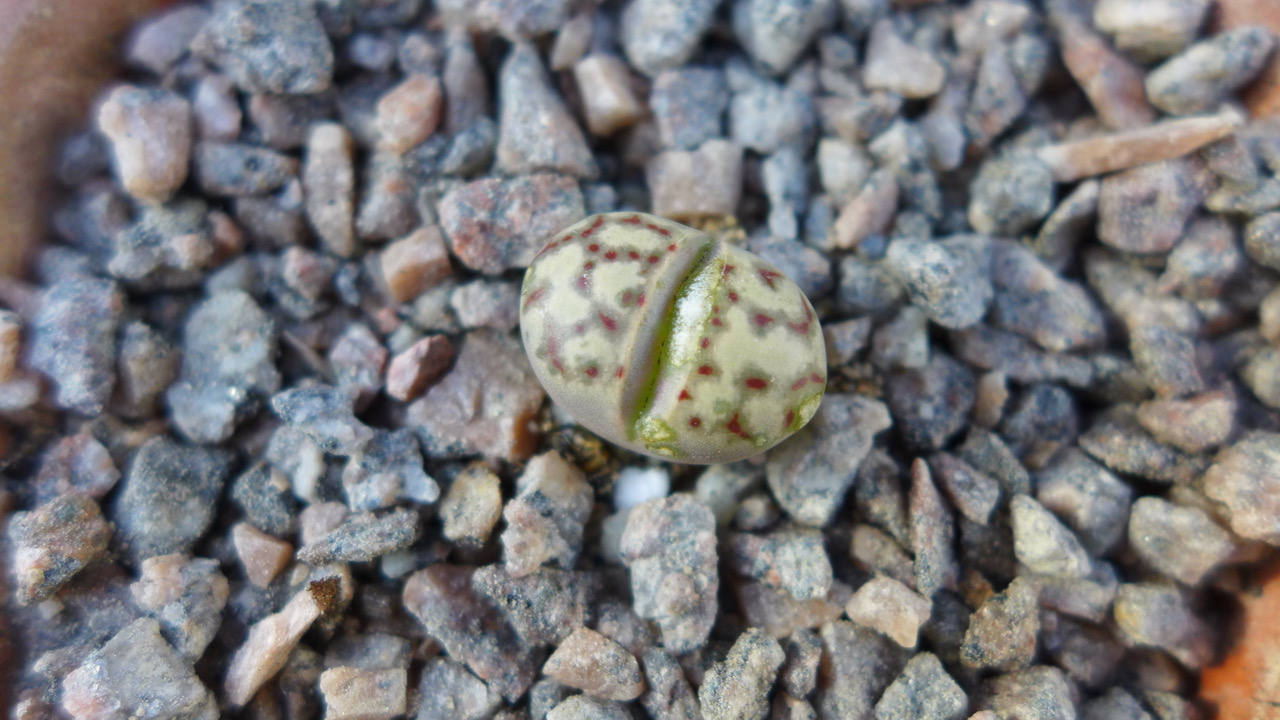 5.
Who wouldn’t love this, Pelecyphora Aselliformis from San Luis Potosi in Mexico, rare and slow growing. it looks like it has centipedes crawling up it, even the shrivelled flowers on top add a mad surreal look. I find joy in the exquisite nature of the minute detail in all these modest but really rather marvellous plants.” 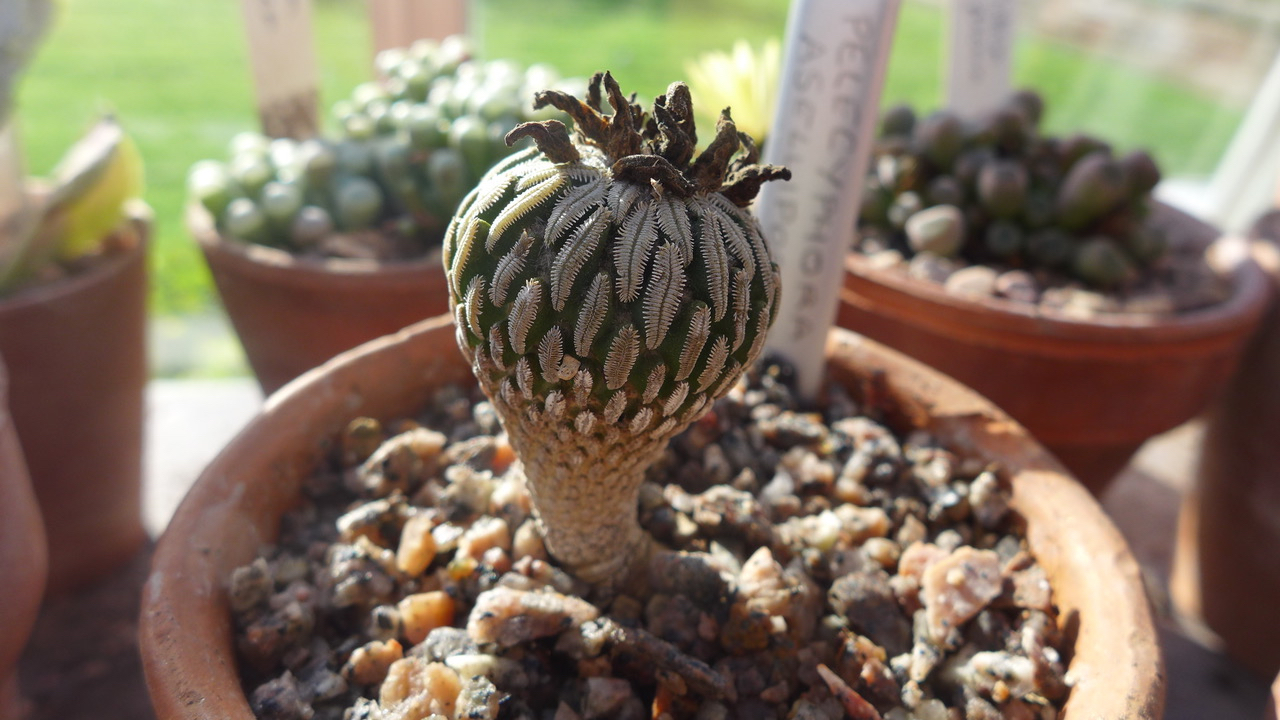